What the Duke Desires is the first book of Sabrina Jeffries’ new series, The Duke’s Men.  I had pre-ordered this book at B&N (it was frustratingly hard to download with the Nook which is a whole other ballgame and does not detract from my enjoyment and review of this book) and was  able to read it on release day.

The Duke of Lyons, a second son who became the heir when it was reported that his older brother, Peter died in the continent when he was kidnapped when they were children.  He receives a mysterious note from Tristan Bonnaud hinting that Peter was alive and storms into the house of Tristan’s half-brother Dominick Manton and meets Lisette Bonnaud, Dom’s half-sister and Tristan’s biological sister.  After convincing Max that she was the only person who can help him find Tristan to clear up this little misunderstanding, the pair set off to Paris in the guise of a newly married couple.  What happens during the trip was revealing and enlightening to both as they discover love and happiness with each other and in the process, solve the mystery of Peter’s death.

I had high hopes for this book and this series but for some reason, I did not warm up to Max and Lisette.  For one, I thought the story felt too short and too rushed for me.  Perhaps it was because it happened in a span of a few days and Lisette fell in love with Max just like that plus, she acted martyr-ish.  I also thought that Max was a bit off putting to me because he was constantly pushing Lisette away because he feared that he would become crazy.  Okay, so this really is medically possible, since madness is hereditary but I just felt he was too… off putting (for lack of a better word).  Also, their half-brother George Manton (Dom’s older brother), did not act as evil as I hoped he would and because of that, there didn’t seem to be a real villain in the story.

But just because I didn’t really like it, does not mean it did not have any good points.  I liked the sparks that flew between Max and Lisette.  I love that she always had a snappy comeback for whatever the duke said or accused her of.  I kind of feel that Max was a bit stuffy and had a holier-than-thou attitude.  For some reason, he rubbed me the wrong way and I did not immediately warm up to him.

As usual, Sabrina Jeffries adds in a little bit of mystery and espionage in her books that I find very entertaining.  I did not expect the twist in the end about the person that Tristan was bringing with him.  In fact, I did not expect him to be Max’s legitimate cousin at all!  The mystery feels different from her Hellions of Halstead Hall series where you do not find out the real murderer until the last book of the series.

That being said, I have to say that I am super excited to read the next books in the series.  I can’t wait to read Tristan and Dom’s stories (I already saw a hint of who Dom’s lady love would be at the end of this book) and I hope they will be full of intrigue and romance.

Stranger in My Arms by Lisa Kleypas | Book Review 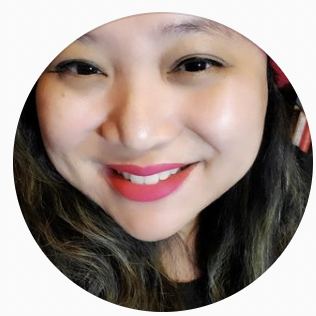