It’s been a while since I read fantasy romance and I was a little apprehensive going in to Phoenix Unbound and I was blown away! Phoenix Unbound is an awesome, thrilling and romantic fantasy and I can’t get enough of it!

Phoenix Unbound is set in a fantasy world very similar to Rome where there are gladiator fights and female sacrifices with an evil empire taking over the world. Our heroine is Gilene, an ordinary woman with extraordinary fire powers. She is also able to change her appearance, so she has been representing her town in the Flowers of Summer sacrifice – one woman from each town is taken into the empire, given to the gladiators for the night and sacrificed the very next day. Gilene has been doing this for 5 years and thinks she has everyone fooled until the Azarion, the most famous gladiator who sees through her illusion.

At its core, Phoenix Unbound is a romance with an epic fantasy setting and features the enemies-to-lovers trope – my cup of tea! As with the enemies-to-lovers trope, there is awesome banter between  Gilene and Azarion! And yes, Azarion was a douche at the start, which is totally understandable because of how he was sold into slavery and was forced to fight in the pit and service the Empress, who was very depraved.

The middle did lag a little bit, especially when they reach Azarion’s home and they are with his tribe, but the opening and the ending are fantastic and had me at the edge of my seat!

But let’s talk about the romance!  Phoenix Unbound is a little bit of a slow burn and I thought it really worked well with the overall series

I can’t wait to read the next book in the series! Phoenix Unbound does not end in a cliffhanger, THANK GOD! But there are many more villains to battle and I am highly invested in this series!

The audiobook is read by Katharine McEwan and she was amazing! Her narration added another element to the whole story and it actually kept me interested, even during the slower bits of the book! 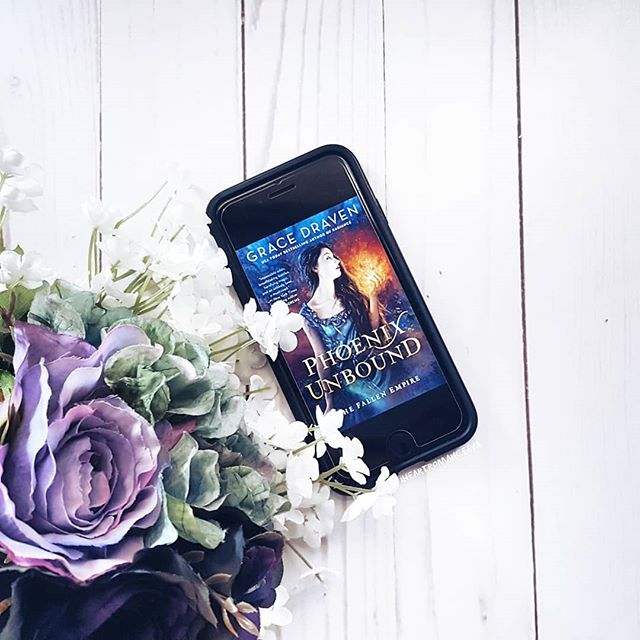 If you listen to audiobooks, does a horrible narrator affect your enjoyment of the book?

Dragons & Phoenixes, Oh My! The Blood King by Abigail Owen [ARC Review]
Books I Enjoyed but Rarely Talk About
My Most Read Romance Authors of the Decade